'Surely some revelation is at hand': the purpose of learning in the 21st Century 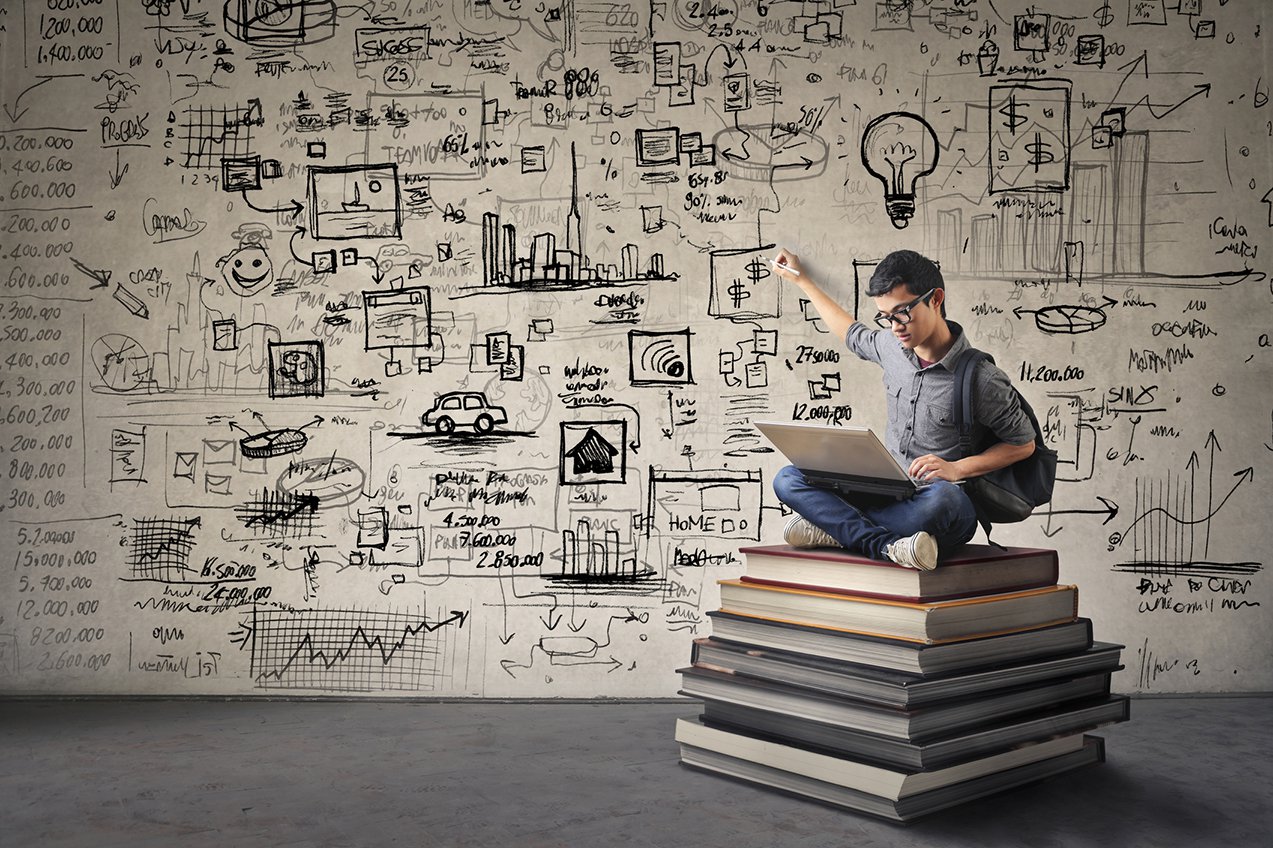 In the summer of 1965 at the California Institute of Technology, calculations revealed that, due to a rare alignment of the outer planets of our Solar System, it was possible to launch a spacecraft which could visit all four giant outer planets by using the gravity of each one in order to 'sling-shot' the spacecraft onto the next. Such an alignment of planets would only occur once every 176 years.

Two Voyager spacecraft were built and launched. Voyager 2 launched first on August 20, 1977, whilstVoyager 1 launched on September 5, 1977. Both craft flew past Jupiter in 1979, and then Saturn in late 1980. By 1986, Voyager 2 passed Uranus, and then Neptune in 1989. From there, Voyager 2 began its trajectory out of our solar system below the plane of the planets.

By 1998, Voyager 1 became the farthest-reaching human-made object from earth. In December 2004, Voyager 1 crossed the 'Termination Shock' where the Solar winds meet the interstellar winds entering the Heliasheath. Voyager 2 made this crossing in 2007.Finally, in 2012, Voyager 1 entered Interstellar Space, passing beyond the heliopause, crossing for the first time the threshold into interstellar space.

Across this span of time, consider the profound quantum of change that has occurred across the spectrum of humanity's joint endeavours, be they political, technological, societal etc. Whilst those two Voyager craft have gone about travelling further than any man-guided object has ever done, the world they left behind is vastly different to the one from which they launched.

The computing of Voyager craft should be considered. Although state of the art at the time, Voyager'scomputing is vintage 1974/5, and your IPhone has about 100,000 times the memory of the Voyagerspacecraft. Nonetheless, there both craft are, trackable on the NASA app, travelling at 10 miles/second into Interstellar Space, still reporting back to the The Deep Space Network at the three locations approximately 120 longitudinal degrees apart, in Madrid, Goldstone California and Canberra. All three stations continue to receive transmissions from both Voyager craft. Interestingly, from an Australian perspective, Canberra is the only station powerful enough to transmit instructions back to the Voyager crafts.

One should not overlook the key passengers and these two craft, objects intended to contain a profound knowledge of humanity's development and achievement. The Voyager Golden Records are two phonograph records that were included aboard both Voyager spacecraft. The records contain sounds and images selected to portray the diversity of life and culture on Earth, and were intended for any intelligent extra-terrestrial life form that might find them. The records are a sort of time capsule, a curriculum, if you will, of the significance of what has been thought, crafted, said and sung by mankind. Contained are the recordings of fifty­ four languages, as well as music spanning J.S. Bach, Mozart, Beethoven, and Stravinsky, blues such as Blind Willie Johnson and Chuck Berry, Azerbaijani bagpipes, percussion from Senegal, Australian Aboriginal songs and Peruvian wedding songs.

In a very real way, the two spacecraft and their golden passengers offer an unique expression and representation of the juxtaposition between inevitably propulsive change and essentially enduring human and societal values. The Golden Records are intended as educational tools, demonstrations of what is important to humanity. Yet their possible audience is utterly futuristic in the most extreme and improbable sense (Voyager will take 40,000 years to even approach the next closest star). If ever a human-made object has witnessed change, the Voyagers have surely experienced it. Yet simultaneously their Golden Records maintain an intellectual and cultural stability as they drift endlessly through interstellar space.

Back on our own planet in 2018, we seem to be living in an age in which we are continually conscious of change. In such periods, there can be individuals, institutions, movements and even nations, which react on the hop to the prevailing winds. Sweeping reforms often are advanced as forward-thinking strides into an (apparently) new era, sometimes to the detriment of enduring intellectual and societal values.

Periods of change are just as exciting as they are troubling; excitingly, they afford societal transitions in which such individuals, institutions, movements and even nations can be empowered to make prescient decisions borne of a wisdom grounded in history, logic and guided experience. Troublingly, such periods are sometimes at the mercy of slap-dash pseudo-thinkers and short-term-target politicians.

Mankind has not always been successful when given the challenge of interpreting social, technological and cultural change. The 20th century father of the fiscal stimulus John Maynard Keynes foretold in 1930 that "in the 21st century a 15-hour work week will suffice, as we turn instead to how to use freedom from ressing economic cares". And yet, despite significant productivity gains since the Keynes' 1930 treatise, we still all work on average around 40 hours a week. Further, in the late 1970s, the historian Ian Turner presided over a major symposium on what new technologies would mean tor the worker. He predicted an imminent period of change as significant as the Neolithic or Industrial Revolutions, claiming that "by 1988, at least a quarter of the Australian workforce would be made redundant by technological change."

Change needs sensible, educated guidance from those who have studied the patterns of humanities achievements and are thus well placed to deliver on the basis of a well-informed, well-grounded expertise. The worrying dichotomy between the ineffectual, bland politician and the firebrand demagogue is familiar to most of us. The great Irish writer W B Yeats noted in his famous poem The Second Coming':

'The best lack all conviction, while the worst Are full of passionate intensity.'

In 2016 the then UK Justice Secretary and major pro-Brexit campaigner Michael Gove offered up to the political narrative a nugget of painfully ironic 'wisdom' which will resonate for years as a terrible repudiation of educated guidance. At the time, some commentators had noted that Brexit proposals were economically unsound and perhaps even fraudulently costed, particularly the claim that the UK paid £350 million per week to the EU. Amidst these concerns, the Financial Times on June 4th, 2016 noted that 'Michael Gove has refused to name any economists who back Britain's exit from the European Union, saying that "people in this country have had enough of experts."' Of course, on June 23rd the UK voted in favour of Brexit by the slender margin of 52% for and 48% against. With startling haste, the chief Brexiteers Boris Johnson and Nigel Farage promptly resigned from their involvement with Brexit, as news emerged that the tamed £350 million figure was essentially fictitious.

In NSW in 2018, as readers will know, our Education Authority NESA has commenced a review of the state's entire curriculum. NSW Education Minister Rob Stokes said that 'this is a once in a generation chance to examine, declutter, and improve the NSW curriculum to make it simpler to understand and to teach.' At first glance, this is certainly a laudable aim. There is a range of questions being asked in the current online submission form, chief amongst which is the key one: what should the purpose of school be in the 21st century? This is an impressively profound question, but also one that is suggestive of significant change. Educational curricula are powerful beasts, capable equally of empowering or undermining the development of young minds. Of note is the suggestion (at an initial panel level) that the review's focus should be on students becoming work-ready, that subjects should be linked to what are often referred to as 'real world applications'.

Such a pursuit of these 'real world applications' can sound tempting. Still, immediately functional relevance can disproportionately overshadow the long-term relevance of deep subject knowledge and the intellectual rigour that comes with the mastery of challenging subjects and disciplines. This problematic cross-over is one familiar to HSC Science teachers. Indeed, to their frustration, a number of years ago the HSC curricula, particularly in the disciplines of Chemistry and Physics, had been significantly revised to make them more accessible and to achieve some semblance of relevance. Promisingly, the new syllabus documents for these two sciences (commenced this year) have turned back in the direction of core scientific 'expertise'. One Master in our Chemistry Department notes that a 'NESA Science Inspector…..calls this "giving chemists their chemistry back".' One hopes that the spirit of these new syllabi (which have come into effect for this year's Form V boys) will be a sign of things to come in terms of NESA's whole-scale revision of education in NSW.

NSW Premier, Gladys Berejiklian, said in relation to this NESA review that the world had "changed rapidly" since the last comprehensive review of the NSW curriculum, which took place in 1989. Almost without doubt, the world of work is going to look significantly different in various sectors across the coming decades (it also looked significantly different several decades ago in many sectors). Assuming this is the case, to bend and contort pure subject knowledge in the direction of probable relevance seems speculative at best, at this or any time. It is revealing to note that Deloitte have published their thoughts about The Open Talent Economy, stating that 'Careers [are] built around learning, not around jobs'.1

Yes, the world has changed technologically since 1989, no question. But a curriculum is not simply about adjusting to the latest technology Voyager's Golden Record isn't somehow now wildly out of date since its compilation in the mid-1970s. J. S. Bach and pure Mathematics still are essential. A curriculum is about the stuff that matters, the stuff that nourishes our children's appreciation of the world and informs their judgement.

Education is important because it gives each of us the human tools of judgement and sensibility to be a prosperous member of society; education is not simply a manufacturer of workers for jobs. Education is about intellectual growth and the fostering of curiosity for the benefit and betterment of the individual and his or her society. Education is not simply about achieving 'skills'. 'Skills' and the readiness for the workplace are an important result of a true education, but not solely the ends in themselves.

Still, there is good cause to be positive. NESA's own Terms of Reference includes the following aim to "prepare each student with strong foundations of knowledge, capabilities and values to be lifelong learners, and to be flourishing and contributing citizens in a world in which rapid technological advances are contributing to unprecedented economic and social change in unpredictable ways".2

So, in conclusion, consider again those two Voyager Spacecraft. The world has changed greatly since they were launched in 1977. They exist as profound and triumphant embodiments of mankind's expertise, carrying with them in record form a dedication to the knowledge of human history and achievement, whilst simultaneously experiencing and contributing to unprecedented change and discovery.

Depth of expertise in traditional intellectual disciplines, be it in Mathematics, the sciences, humanities, languages and the arts, has underpinned the wisdom and development of individuals and their societies for centuries, through periods of both stability and the turbulence of change. We owe it to young people of the future that they have access to that wisdom, and that such access not be suffocated amidst myopically functional assertions of 'relevance'.