The year 1922 is worthy of consideration at any time for its events. 1922 saw profound shifts in politics that would play out across the century ahead, and this year would witness literary and cultural innovations that would mark out the territory of modernity. Of course, with some similarity to our own lives in 2022, the inhabitants of 1922 were emerging from a global pandemic. Unlike us, they had also emerged from a devastating conflict which shook the world order to its very core. Whilst what follows here is intended simply as a reflection upon the events of 1922, there are aspects of these events which are not entirely distant from our present reality, and these offer some teasing strands of interest for the applied historians of today.

In 2012 the British writer, essayist and broadcaster Kevin Jackson published a work entitled Constellation of Genius1922: Modernism Year One in which he charted the remarkable array of significant social, political and artistic developments which occurred in that year. Jackson was drawn to 1922 for many reasons, chief amongst which were the publications of James Joyce’s revolutionary novel Ulysses and TS Eliot’s no less groundbreaking poem The Waste Land. Both works seemed to turn literature on its head whilst simultaneously capturing the profound groundswell of change, fear and uncertainty of the period.

Joyce’s novel launched the year by exploding the narrative certainties of much late Victorian and Edwardian literature, the pages delighting and challenging readers with “wildly abstruse philosophical terms rub[bing] flanks with words from the pub and the brothel”1 . Likewise, Eliot’s complex and demanding poem offered a powerfully contorted profusion of agonised voices haemorrhaging out amid the lived reality of social, intellectual and religious dislocation in the years following the Great War:

I can connect
Nothing with nothing.
The broken fingernails of dirty hands.
My people humble people who expect
Nothing.

Pictured above: Image from the National Library of Medicine IHM

Here the pointed repetition of ‘nothing’ makes particular reference to King Lear’s infamous exchange with his daughter Cordelia, in a Shakespearean tragedy which draws its power from the tensions inherent in the demise of once great generations and powers and the problematic rise of those who replace them. Jackson notes in his introduction that “an old world was passing. Newspapers told of the final collapse of the Ottoman Empire … the Washington Naval Conference saw Britain’s naval supremacy – which can be dated back to the defeat of the Spanish Armada – officially pass to the United States”2 . The old world of empire and global hegemony had changed by 1922 and modernity was as confronting as it was exciting.

Those who survived the Great War then faced the global pandemic of the Spanish flu which claimed between tens and hundreds of millions of lives. Images of masked nursing staff and massed wards may prompt empathy in our COVID-suffering societies with the experience of people across the world a century ago. Eliot’s The Waste Land again grimly and powerfully evokes a post-war and post-pandemic society in these lines:

A crowd flowed over London Bridge, so many,
I had not thought death had undone so many.

In these experiences of war and disease, I – with Eliot – have been framing 1922 in the context of its past, and yet the significance of the year (as Jackson’s subtitle “Modernism Year One” suggests) offers some striking hallmarks of new beginnings and departures. Indeed, Ezra Pound, the famous American poet and champion of Eliot and Joyce, declared 1922 to be the dawn of a new era, even proposing a new calendar to commence from the publication of Joyce’s Ulysses (“p.s.U: post scriptum Ulixi”).

Pound referred to 1922 as Year One of a new era because Pound and others sensed that this was the commencement of Modernity (Modernism: “make it new”) amid a reaction to the relative stability of the late Victorian Era and what Pound termed the Christian Era, his own poetry exemplifying Modernist expressionism in his imagistic, fragmentary poem “In a Station of the Metro”.

Popular culture that year flourished amongst the excited optimism of the Jazz Age and the emergent Hollywood. In 1922 Alfred Hitchcock directed his first film feature Number 13 (although it never reached completion). In 1922 Walt Disney produced his first animated shorts. 1922 was the year in which radio began to manifest its power through the first regular radio broadcasts in Britain, leading to an explosion of radio stations in the USA. It was on 14 February 1922 that the Marconi Company began the experimental radio broadcasting that eventually resulting in the first radio service from the British Broadcasting Company (BBC) on 14th November 1922.

But if 1922 saw a surge in cultural and literary modernity, it also witnessed some remarkable new developments in the global political landscape in ways that might seem eerily reminiscent of our own time. In the wake of the Russian Revolution, Bolshevism had come to international prominence, as had the counter-narrative of fascism, in a pronounced schism between the left and right of governments and regimes across the world. 1922 was the year in which the world’s first fascist state was emergent in Italy under Benito Mussolini. In October 1922, Mussolini’s paramilitary march on Rome led to him being appointed Prime Minister of Italy only seven days later. 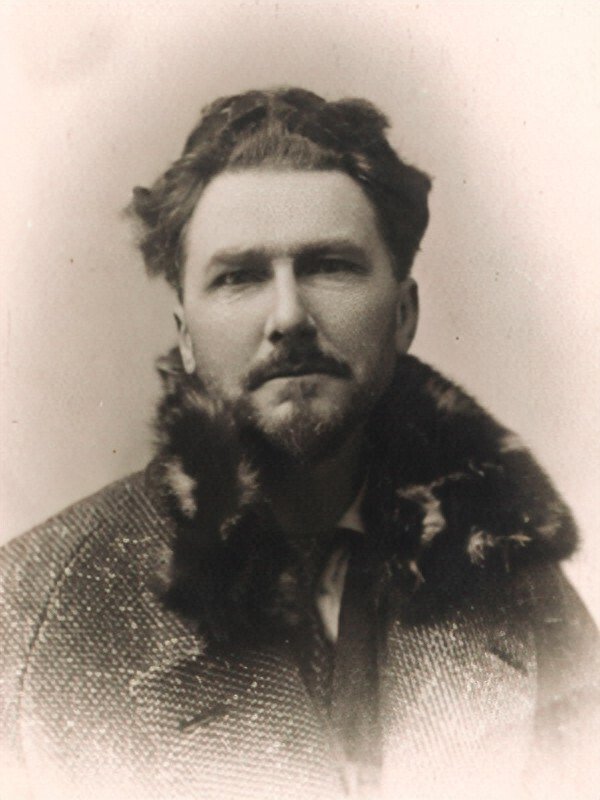 Ezra Pound and his poem “In-a-station-of-the-metro” 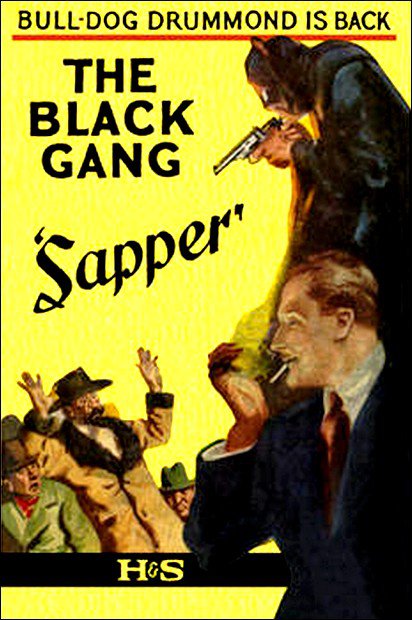 An example of one of HC McNeile’s Bulldog Drummond novels

It was in 1922 that the Union of Soviet Socialist Republics was created. Victorious Bolsheviks achieved the formation of the Soviet Union with the unification of the Russian, Transcaucasian, Ukrainian and Byelorussian republics. In late March of 1922, Joseph Stalin was appointed General Secretary of the Central Committee of the Soviet Communist Party.

In the United States, foreign policy was tending towards an isolationist approach under President Warren Harding who chose not to join the League of Nations and pledged a “return to normalcy”.

The political climate was felt extensively, and manifested itself in the popular literature of the period. HC McNeile’s Bulldog Drummond novels centre on a fictional British war hero, Captain Hugh Drummond – “Detective, Patriot, Hero and Gentleman!” – and they reveal a deep fear of the rapidly shifting political landscape and in particular fear of the spread of Bolshevism:

We’re a free country … but the time is coming when freedom as we understand it in the past will have to cease. We can’t go on as the cesspit of Europe sheltering microbes who infect us as soon as they are here. We want disinfecting. We want it badly.3

Few readers will fail to appreciate the pandemic vocabulary which pervades these alarmist and troubling lines.

Fortunately, at Sydney Grammar School affairs were far less problematic in 1922, even though the School had navigated a number of challenging years since the 1890s, in a period that historian Clifford Turney entitles “Consolidation and Crisis” in his history of the School4 . The School was under the brief stewardship of a headmaster by the name of Arthur Henry Shakespeare Lucas5 . Lucas’s words about the aims of the School in a report to the Trustees from this period offer some qualities that are hearteningly familiar from the life of our School today:

To foster the traditions of good work and hard play, and of public spiritedness in which the School was steeped … not moulding all the boys on the same pattern, but impressing all with a sense of comradeship and of frank willingness to face the work allotted, and with a more and more conscious desire to fit mind and body to take a worthy part in the activities of the School as a preparation for the activities of later life.

In 1922 at Grammar, English and Mathematics continued to dominate the academic curriculum, with the study of Science on the rise. Latin was strong, but demand for Greek was in decline. History and Geography were not gaining the popularity former Headmaster Sloman had envisaged. German was now absent from the academic diet, whilst the teaching of French emphasised composition at the expense of speaking and listening.

On the co-curricular front, sport remained strong. Rowing, in particular, saw substantial development as the School built and opened the Boatshed at Gladesville in 1922 and this led to a Head of the River triumph the following year. Separately, debating made its arrival in 1922 with an immediate triumph when the School won the inter-schools premiership.

Finally, it is important to note that 1922 saw the appointment of the first female teacher at Sydney Grammar School, a certain Madame Bulteau, in Modern Languages.

Many a year might be cited as pivotal to society or a movement. But we can certainly say that 1922 stands out in a period of political ferment for ushering in profound literary and cultural changes – the advent of a modern sensibility amid a political world struggling to re-establish itself in the aftermath of the twin devastations of war and disease.

One is left to wonder just what Madame Bulteau’s perspective might have been, on this School, and on the world in which she found herself in this most pivotal of years, 1922.